Two outdoor freshwater swimming pools, one of which is Olympic sized. A supervised children’s pool and a baby pool.

One indoor freshwater swimming pool heated during April and October.

We understand that you need so much more than sun, sea and sand. So we offer an extensive range of sports and activities!
You’ll find so much to keep everyone in the family happy all-day long.
We offer a wonderfully diverse program In amazing spots of the resort such as the open air well-fit plateau by the beach, the soccer field or the six new tennis courts! 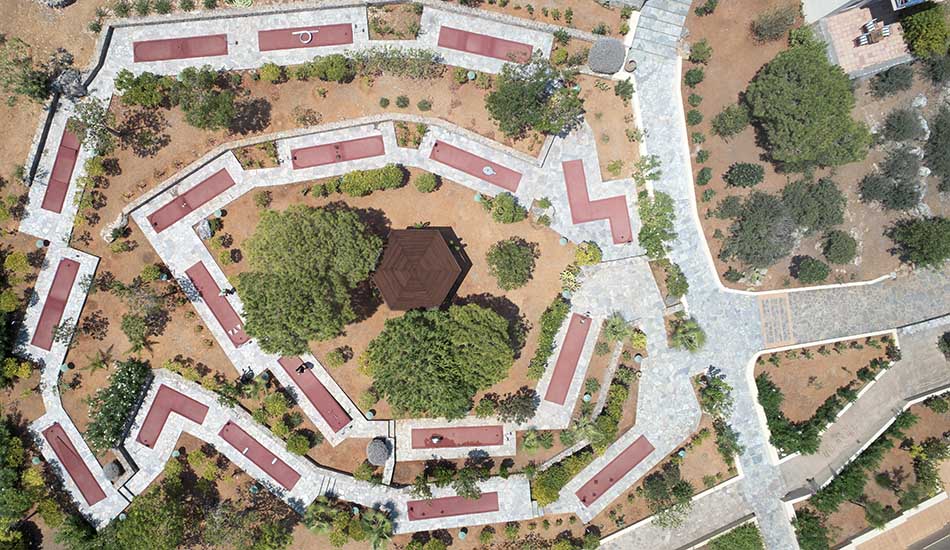 Parents can enjoy some private time, reassured that their children are being professionally cared for, and having a fun too.

Mini Club is for children 4 – 12 years included and offers a fun programme of activities running all day long. Our Club is located in spacious and secure premises.
Ages 4 – 12
Opening hours 10:00-18:00
Complimentary

At Kalimera Kriti Hotel & Village Resort you can really spoil yourself. Our elegant spa provides a wide selection of treatments in serene surroundings.

All the holiday essentials plus souvenirs and local products are available at the shopping arcade in the main building featuring a boutique, a jewellery shop, a mini-market and a souvenir shop with Greek and Cretan products.

Kalimera Kriti Hotel & Village Resort is idyllically located on the outskirts of the quaint and photogenic fishing village of Sissi near the ancient town of Malia and its Minoan Palace of 2000 B.C. The resort itself is situated along a mile-long pristine sandy beach with its many enticing coves and exquisite sunsets. The area is steeped in history and it is also 35 minutes to the legendary Minoan, Knossos Palace.

The former fishermen’s village of Sissi has remained untouched all these years for a long time. Around the small village centre and the picturesque little port you will find shops, taverns and kafenions (the traditional Greek coffeehouse).

Its clean beaches with their warm and calm waters invites you for a swim. Nature lovers can follow biking or trekking paths enjoying the wonderful landscape around Sissi. Furthermore, the visitor has the opportunity to taste the real Cretan way of life, as Sissi is small, hospitable and quiet.

Knossos Palace, is the largest Bronze Age archaeological site on Crete and probably the ceremonial and political centre of the Minoan civilization and culture.

The island of Spinalonga (official name: Kalidon) is located at the eastern section of Crete, near the town of Elounda. The name of the island, Spinalonga, is Venetian, meaning “long thorn”, and has roots in the period of Venetian occupation.

This excursion is a trip through several villages to the Dikti mountains 1050m height to the Lassithi Plateau. In this route the you will have the opportunity to admire the most wild and beautiful countryside as well as the windmills.

At the side of the gorge of Selinari, is the small old chapel and the newly founded monastery of Agios Georgios Selinaris. The small chapel was probably founded early in the 16th century AD, and ever since it is a place of worshipping. The people passing through the chapel stop to light a candle to the saint.

The chapel is considered miraculous, there are various legends concerning miracles related either with healing of sick people or with divine punishment of people that did not pay the respect due to the saint.